Here's the complete Public "Pixel Game Art". It contains everything needed to build a prototype game out of the box:

Music License
You are free to use the music in your projects as long as you give appropriate credit.

Hey, huge fan of your work! Just wanted to let you know that the URL you added on the video description of the preview and timelapse videos for people to download this pack died, and now redirects to some other domain. Cheers, i wish you a great 2022 :)

Can I use these assets in my game for commercial use?

I just want to say I love your sprite assets here. I know on the description it said free to you, but I think it's proper if I asked permission from you to use this sprite assets for my game project I'm currently working on for mobile devices and PC/Laptops? Proper credits will be given at the credits of my game and a link to my game when finished. :)

Thanks. You have permission. Cheers.

Thank you for these beautiful assets. I wanted to use this asset pack for a book I am writing on Game Development using Godot. Would it be okay to use the game art in this pack? I will give you full credits in the book. Thank you!

Sure no problem. Best wishes!

Thank you very much! If it is not too much trouble, could you please drop me an email saying that it is okay to use the SunnyLand assets in my book (since I need official permission)? You can reach me at: Dhulemaithili@gmail.com. Thank you!

I used your asset in my recently released game here on itch. I did not forget to include your name inside the game.

You can check the game here: https://naknamu.itch.io/the-golden-pearl

Thank you so much for creating this beautiful assets!

Would I be able to use your tileset assets / examples of scenes that could be made as an example for an upcoming KitJam we at TuconGameDev are running? Looking for some pixel art examples to show what a 2d Level Design Kit might look like.

Sure No problem. Best Wishes.

Hi you're awesome these assets are so lovely.

I used them in this game, it's in a game jam-

Hello I am starting to use Unity and I would like to create a project with your assets, since I would like to upload it to google play, I do not know if it would be correct to use them.
PS: I am using google translate, I don't know if I have any errors.
Thanks: D

What is the resolution of the tile set?

Assuming they’re in the same “CC0 except for the music” situation as Warped City, it’d also be a good idea to clarify the description for this, SunnyLand Forest, and SunnyLand Woods.

Its alright! no worries.

Where can I find the "sea" background? In what pack? Thanks in advance!

Hi, can i modify them and then use them commercially? I will of course give credit to you!

Hi, thank you for this great asset pack. I'm currently developing a game using your assets.

I've also put your name in the description.

Hey, I just saw this assets in a game in a movie from NCI

:D LOL. thanks for sharing

If you could please tell me where can I get an empty wooden panel for writing instructions like that in the demo?

Is this assets is totally free to use in personal or professional games ?

Thank you i will put your name in credits also put this assets link . :)

I used your assets to  create an awesome game available on Google Play.

Feel free to check it out! 😄

Cool! Great Job. Thanks for Sharing!

Hi there.  I used some of your art for my browser-based Color by Number game: pixilpincil.com

Thanks, it's a lot of fun coloring them! :D

Hi Anzimus! great assets. I wonder if I can use your assets in my games that I sell as sourcecode at codester. You can check them below.

I will include the graphics in ready made platformer. Only I won't give the graphics as seperate pngs they will be included in the game project. It is impossible to export the PNG images inside the game engine (Buildbox) not like Unity Project folder. But still they will be able to deploy that game with graphics imported in it. I will also encourage them to change the graphics in explanation. I will give credit to you and a link to your websites etc. Just asking of course. You can check my codester page here.

Thank you so much! I really do appreciate!

Hello, ansimuz. Can I enlarge the tileset just in case? And what’s the terms of use?

:D I made the assets and someone made a game with them.  I hope many devs make games with my assets.

Hey! I just want to say thanks for making this asset. I'm going to use it to make a personal project for my programming portfolio. I will credit you properly. Thanks!

Thank You! I appreciate it.

Can you do a real-time tutorial showing how you choose a color-palette and create a full set of assets, when I try it always turns out like this or something. I see your end result and I can't recreate it. I don't see all the time behind the scenes leading to the final thing. I would really appreciate it if you could make a tutorial leading through all the steps of making legendary pixel art. 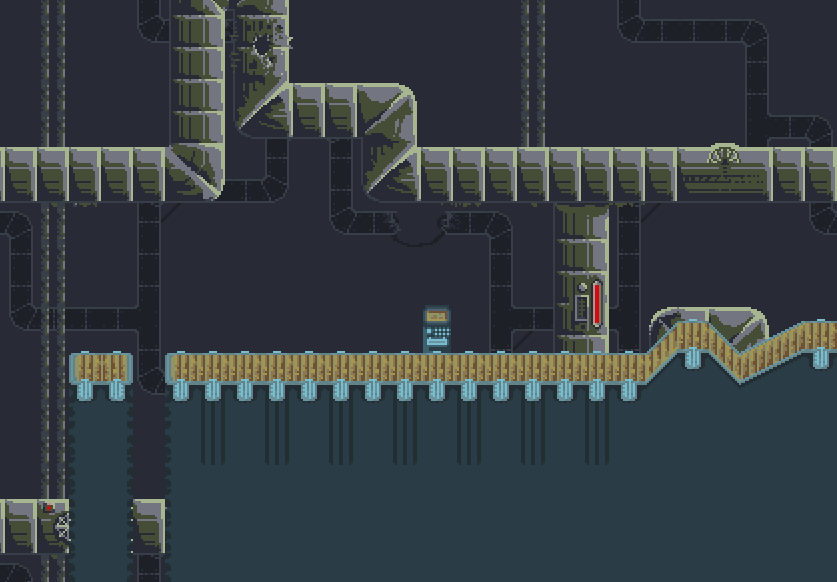 I will consider doing a video explaining all that.

But in the mean time I can tell you to forget about palettes. Instead use the pick color tool (eyedropper tool in photoshop) on your references pictures and see the results.

Can i use them in my android game?

I love you and your work

Only Sunnyland assets were used to make Foxy Runner. Its the most fun you'll have with an endless runner! I made it only for android though :)

I really like your style, and the environment time-lapses,. Can you telll me how you program the games/ what language because at the moment I'm using scratch.mit.edu. Which is good but I would like to make a game to put out there for people to download. Also I absolutely love all the assets you make, I am enjoying creating my own ones.

How do you animate in photoshop?

Also what is your process for exporting the sprites into the folders?

Here are all the answers:

Hi ;) Amazing assets!! Can i use them in my android game?

It's ok. Sunny Land its a free asset.

I made my first mobile platformer game  using these great graphics. I combined the characters and tilesets from the two Sunny Land sets. Would love to hear if you have any comments. Cheers!

I updated the game its got 9 levels now and takes me a little under 30 minutes to speed run it. The first two levels are more of a tutorial without enemies:

Thank you for the inspiration!

Looks like someone made their own Foxyland with the tileset and added it to Steam. It still looks good though.

Very nice! I have been messing about with a platformer prototype for the last week or so and these graphics have really made a huge difference to it!

Would you be willing to make more animations for the main character? What I'd ideally like are..
- Walking out of world into door.
- Walking into world from door.
- Sliding down pole/rope.
- Climbing up pole/rope.
- Sommersaulting/rolling.
- Pushing against wall/block.
- Picking up object.
- Throwing object.
- Swimming.
- Floating.
- Balancing on edge of ledge.
- Parachuting.
- Wall sliding.
- Wall climbing.
- Tail whip attack.
- Slashing claw attack.
- Kicking attack.
- Cast spell.
- Sliding along ground.
- And some general poses/animations like drinking a pop soda, eating food, giving thumbs up, dancing or whatnot (the kind of things that can be used between levels).

Well when you look at it, that's a giant list. I'm happy to pay for you to create them as well. Look forward to hearing from you maybe if you are willing to create some or all of these ;)

I'm glad you find them useful. I may add an Addon in the future. Unfortunately I'm very and cant take commissioned work.

Thanks for the reply. I'll post back if I make something using these asset :)

Ansimuz, these are some of the best 2D assets I've ever seen, paid or free! I'm in the middle of making a generic, 1 level platformer in Unity 5, which I would be eager for you to try.  I had an idea for a how to web series using your assets, but I couldn't find anywhere to private message you.

I'm glad to know you liked the assets. Let me know when the series are available so I can share it on my social networks. Cheers

The tiles are awesome! What license are you publishing it wth? 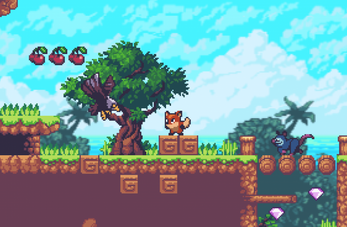 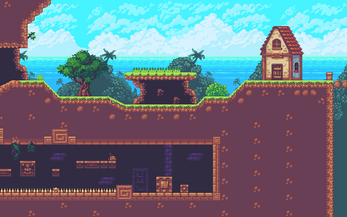 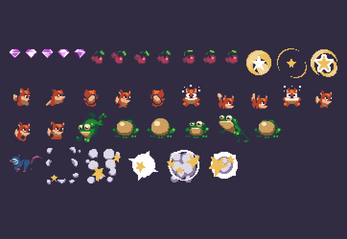 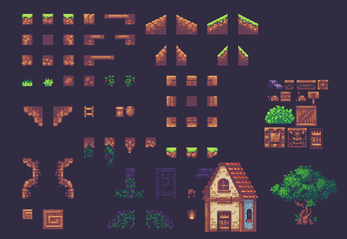